A child was injured during an improvised rafting session when the instructor was driving a launch towards the group to collect them from the raft/water.

The launch was an open, heavy displacement vessel fitted with an inboard diesel engine. A young person in the group became entangled in the propeller. The child received significant injuries to the lower leg and was trapped for approximately 40 minutes whilst instructors and, later, members of the fire brigade released him.

The launch had, in the week prior to the incident, been fitted with new engine controls. The new system differed considerably from the previous one and was located on the stern bulkhead, behind the helm and below the tiller. It was a combined system controlling both throttle and gears. Previously a gear lever and separate means of throttle control extended from the engine box in front. In the original system both gear and throttle levers were mounted so that to engage forward gear you moved the lever forward (towards the front of the boat), to go astern you moved it backwards (towards the back of the boat) with neutral in between. The new system operated across the boat, where moving the lever to port engaged forward gear and to starboard astern. 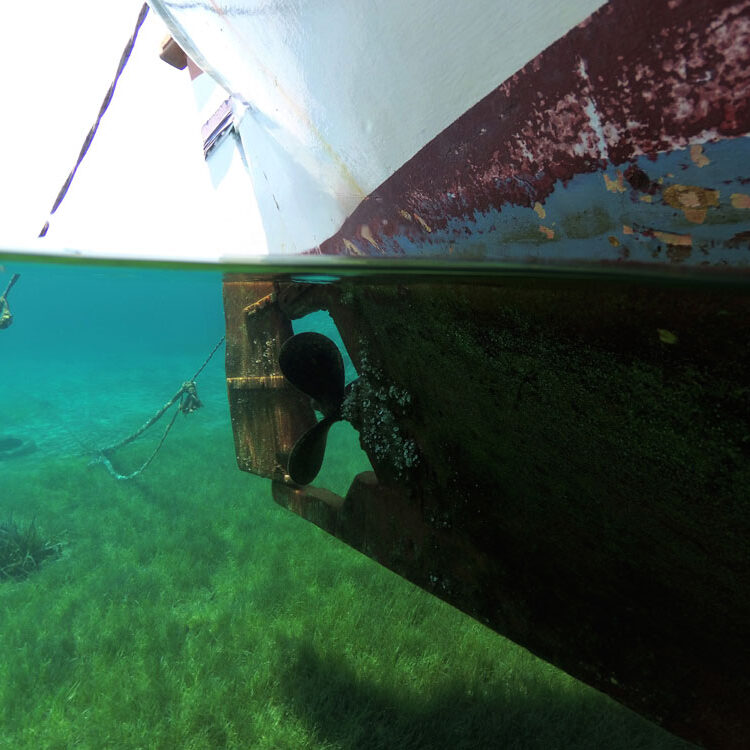