A fall from a Jacobs ladder highlights potential unintended consequences of tracer lines used on climbing walls, high ropes courses and some natural crags to avoid leaving ropes in place.

There are two commonly used methods of attaching tracers to the rope.

Fig.1. In the first a length of accessory cord (red here) is threaded through a hole and tied off. This system is also sometimes used to identify individual or batches of rope. The tracer (white) is tied into this loop and then the rope (black) is pulled up, tracer cord removed, and a karabiner attached ready for the activity, fig.2 below.

In the second the tracer is threaded directly through a hole in the climbing rope (fig.1) which is then hauled up, the tracer cord removed, and a karabiner attached, fig. 3 below. 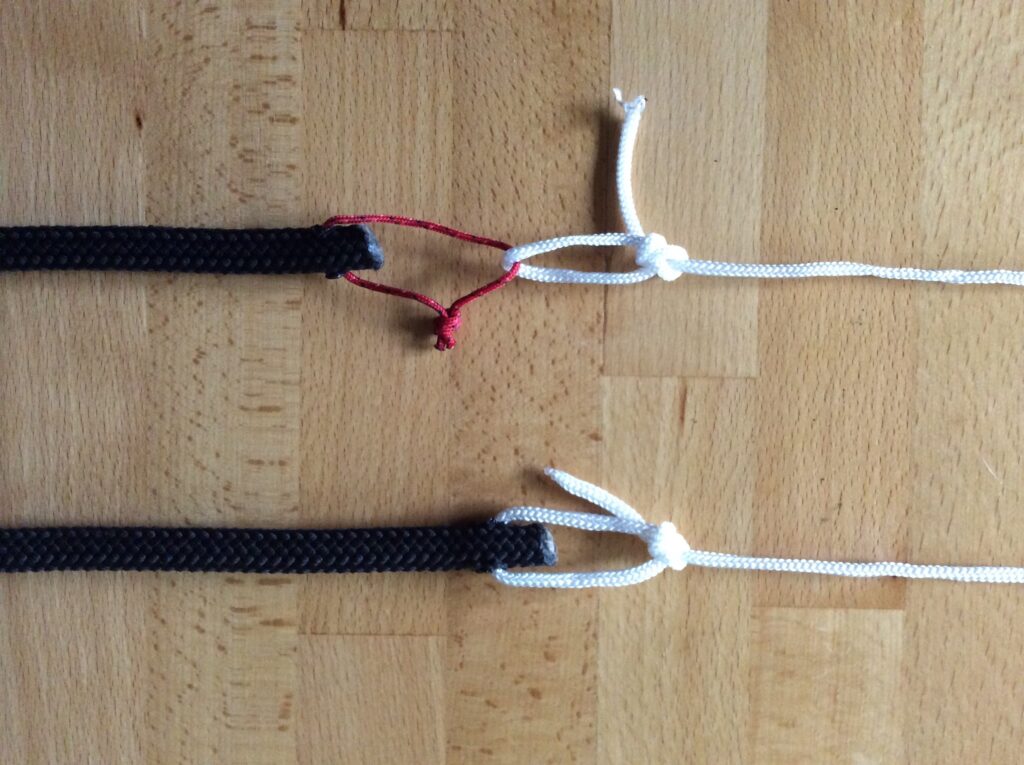 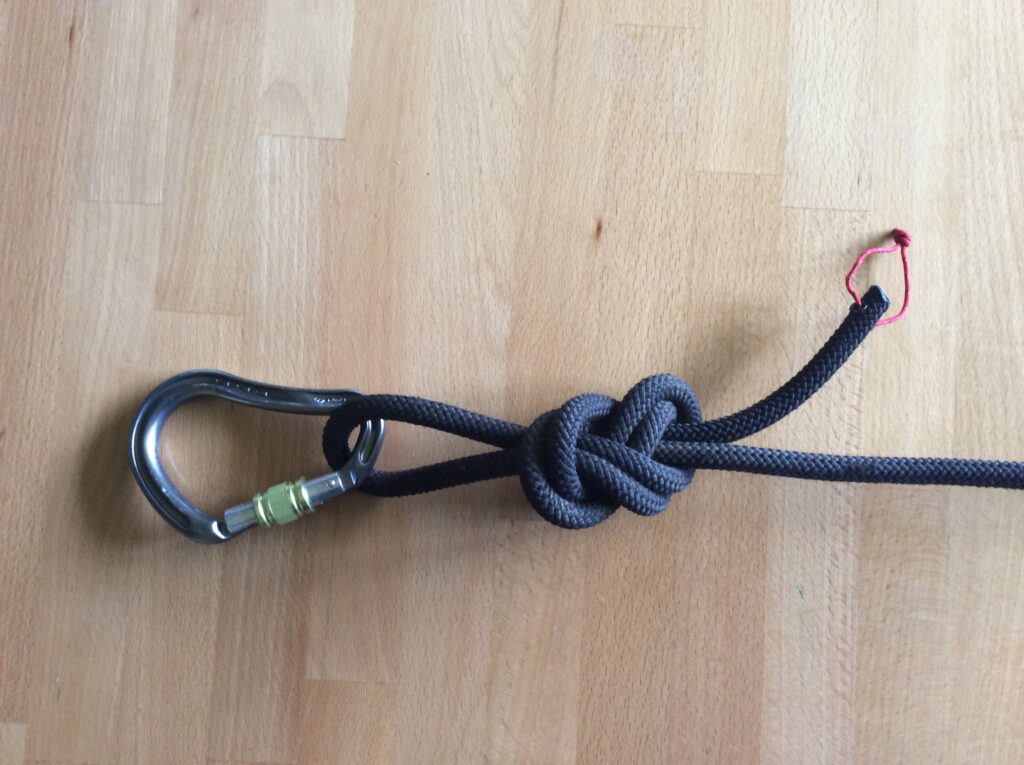 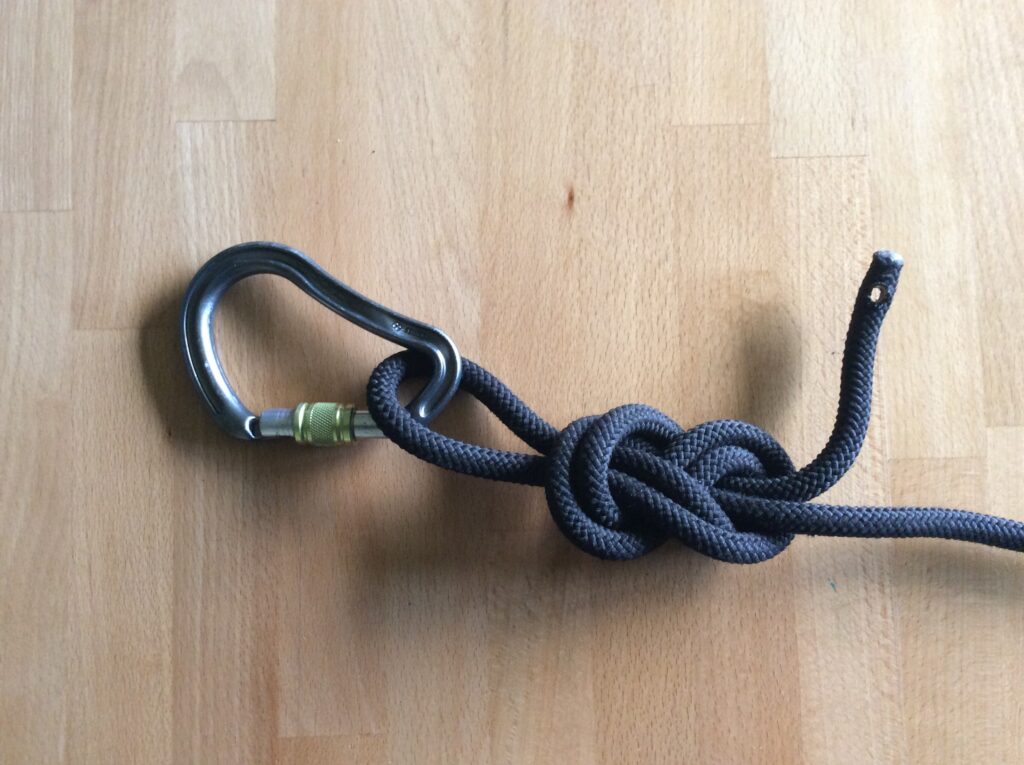 On this occasion and having used option 1, it appears that the karabiner was accidentally unclipped from the rope during a changeover and then re-attached to the accessory cord instead of into the climbing rope, fig.4 below. Crucially this was not noticed by the instructor, the participant, or any other members of the group. Not surprisingly it failed as soon as it was loaded, and the participant fell to the ground, breaking their elbow. 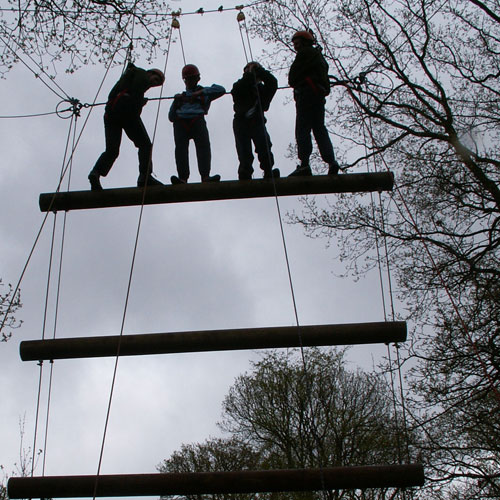