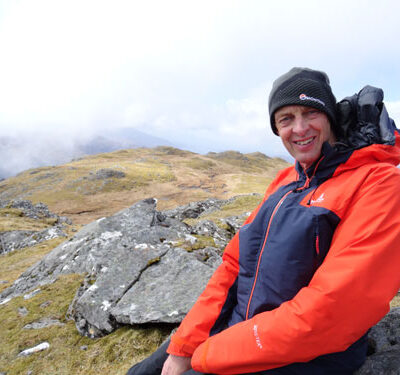 Roger began his outdoor career at the age of ten when he began surfing in a rubber dinghy on his local surf beach.  He rapidly progressed to kayak surfing and won a number of regional junior kayak surfing competitions.  Whilst doing his A levels he discovered rock climbing and mountaineering.  This led to completion of a B.Ed. in Outdoor Education at IM Marsh (John Moores University).

Following completion of his degree Roger worked in outdoor centres in North Wales and Scotland, before being given the opportunity to establish a new outdoor centre in the North Pennines for a youth training agency.  Work in further education followed, before settling in the Lake District to help establish, and then manage, an outdoor centre for a charitable trust, which he did for the following 20 years.

Roger has climbed and paddled in most of Europe, with visits to the Himalayas and USA.  He is a winter mountaineering and climbing instructor, British Canoeing level 4 kayak and canoe coach and a level 3 surf and sea coach.  He is also an Royal Yachting Association dinghy SI and windsurf instructor, plus a first aid trainer.  He is still keen and active in all disciplines.

Previously he has been a Director and Treasurer of Mountain Training United Kingdom & Ireland, Chair of Cumbria Canoeists, secretary of Association of Heads of Outdoor Education Centres, Lakes region, and a representative on the Mountain Liaison Group.