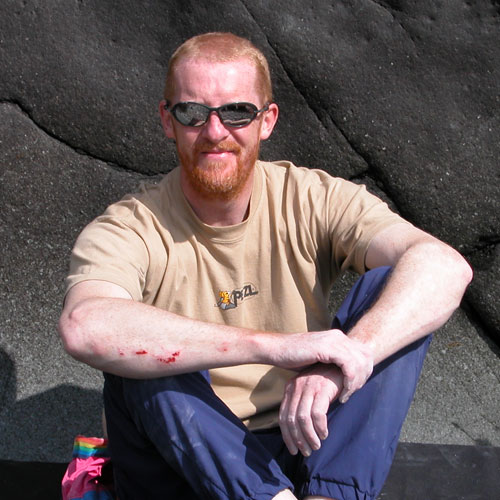 Having worked in the outdoor industry for well over 30 years, Pete has been a freelance licensing inspector for around 15 of those. Based in Aberlour in the north of Scotland, he runs qualification courses on behalf of Mountain Training. He holds the Winter Mountaineering and Climbing Instructor qualification and was made an Honorary Life Member of the Association of Mountaineering Instructors (AMI) for his work as AMI Chair. He was also awarded the Fellowship of the Royal Geographical Society for his exploration of remote areas of Africa.

Pete has written six books on climbing and mountaineering and he also holds other qualifications such as IRATA Level 2, an international powerboat licence and the British Canoeing Swift Water Safety and Rescue certificate.

Pete enjoys climbing and mountaineering but can also be found out on the water in one of his kayaks, both inland and along the coast. His exploration, mainly mountaineering-related, has taken him all over the world from frozen areas in the north to equatorial rain forests via deserts and oceans. He has made the first ascent of many climbs including three first ascents in the Himalaya. Having studied Egyptology at Manchester University, Pete has a special connection with North Africa and the Middle East.

Pete is also a member of Team Rubicon, a disaster relief organisation which deploys members to provide specialist help in countries in the aftermath of tsunamis and other catastrophic events.