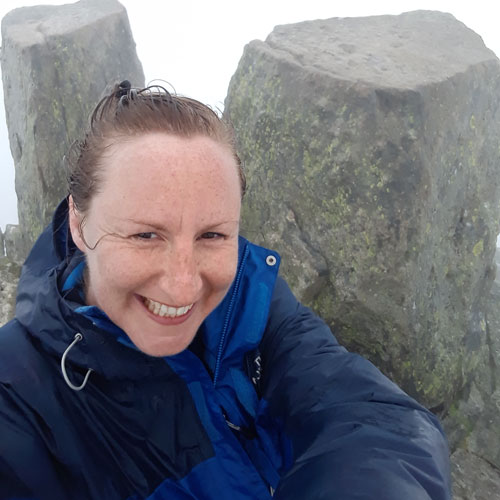 Growing up in the north of England Kat experienced the outdoors from a young age from mountain walking in the Lake District to paddling on the Tees. At 18 she moved to Germany and this kicked off nearly 10 years of travelling. From living and working on sailing boats in Australia and South Africa, ice climbing and white water rafting in New Zealand and exploring Europe and Canada, her love of the outdoors grew.

When Kat returned to England she began working as an instructor for a high ropes centre which then developed into a multi-activity instructor role at a large residential outdoor centre. She progressed within the industry and became chief instructor at centres in the UK and France.

In more recent years Kat worked in administration and management roles at an outdoor education centre whilst also working on personal outdoor qualifications.

She became a mother in 2019 and now enjoys walking with her family whilst waiting until her son is big enough to fit into a climbing harness. She is currently studying for a degree in Geography and Environmental Science.