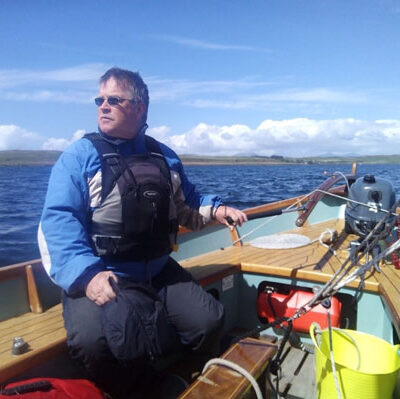 Richard’s outdoor adventures started in 1959 when he tobogganed into a gorse thicket in the New Forest and was rescued by his granny. Twenty years later he climbed Point 5 with Jon Conville, ‘mentored’ by Al Kimber.

He started climbing at school, continued at university, and after short spells as a voluntary instructor at Plas y Brenin worked in Scotland as an instructor including expedition sailing and kayaking.

After completing a PGCE at Bangor University he then spent 2 years teaching at a comprehensive school in Kent.

He spent 20 years at an education centre in North Wales, during which time he was Association of Mountaineering Instructors Honorary Secretary and Mountain Leader Training Board delegate, and a member of Llanberis Mountain Rescue Team. He has been directing Mountain Leader courses since 1989 and holds the following nationally recognised qualifications; winter mountaineering and climbing instructor, British Canoe Union level 3/4 Coach (sea, inland, canoe, surf), Royal Yachting Association Dinghy Instructor and shore-based Yachtmaster. He continues to sail, ski, cycle (on and off-road) and remains involved in Duke of Edinburgh award scheme as an assessor.